When hundreds of people rallied on the Boston Common recently calling for "Jobs NOT Jails," public defender Aida Fitzgerald knew she had to be there.

"As a public defender, I see how my clients struggle with getting their lives back on track after being convicted of a crime," said Fitzgerald, a trial attorney at the Roxbury District court office. 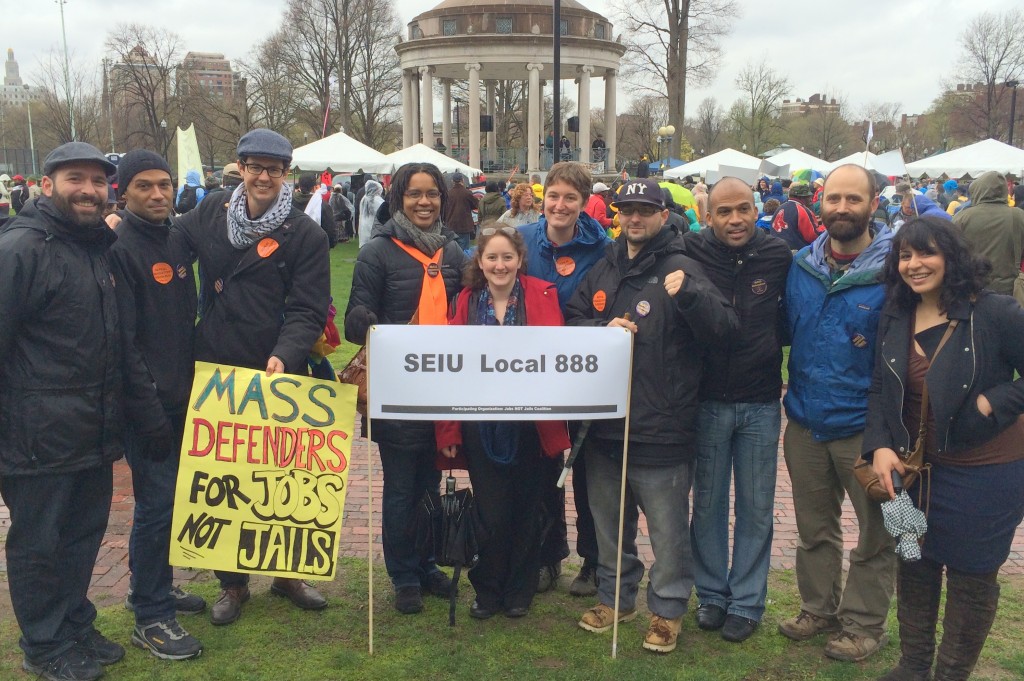 The Patrick Administration has estimated that, if current criminal justice policies are not changed dramatically, the Commonwealth of Massachusetts will spend $2 billion in the next seven years, to build 10,000 new prison units, and $150 million more each year to fill them.

Fitzgerald and others also say that it's time to eliminate the barriers that make it so difficult for former prisoners to re-enter society. "It's past time we stopped creating more obstacles and started creating more opportunities for the people I serve. As one of the speakers said, 'Lift them up, don't lock them up,'" said Fitzgerald.

SEIU Local 888 is proud to sponsor Jobs NOT Jails.