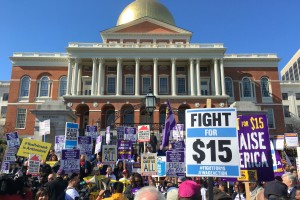 More than a thousand people demonstrated in favor of a $15 minimum wage at the statehouse on April 14. The rally was part of a day of action in dozens of cities around the world. See additional picture and more info on page 2.[/caption] 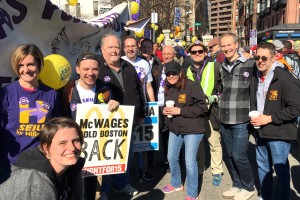