Public service workers who are members of SEIU Local 888 joined a national day of action on Labor Day, standing up with fast food workers and other working people fighting for a better life. 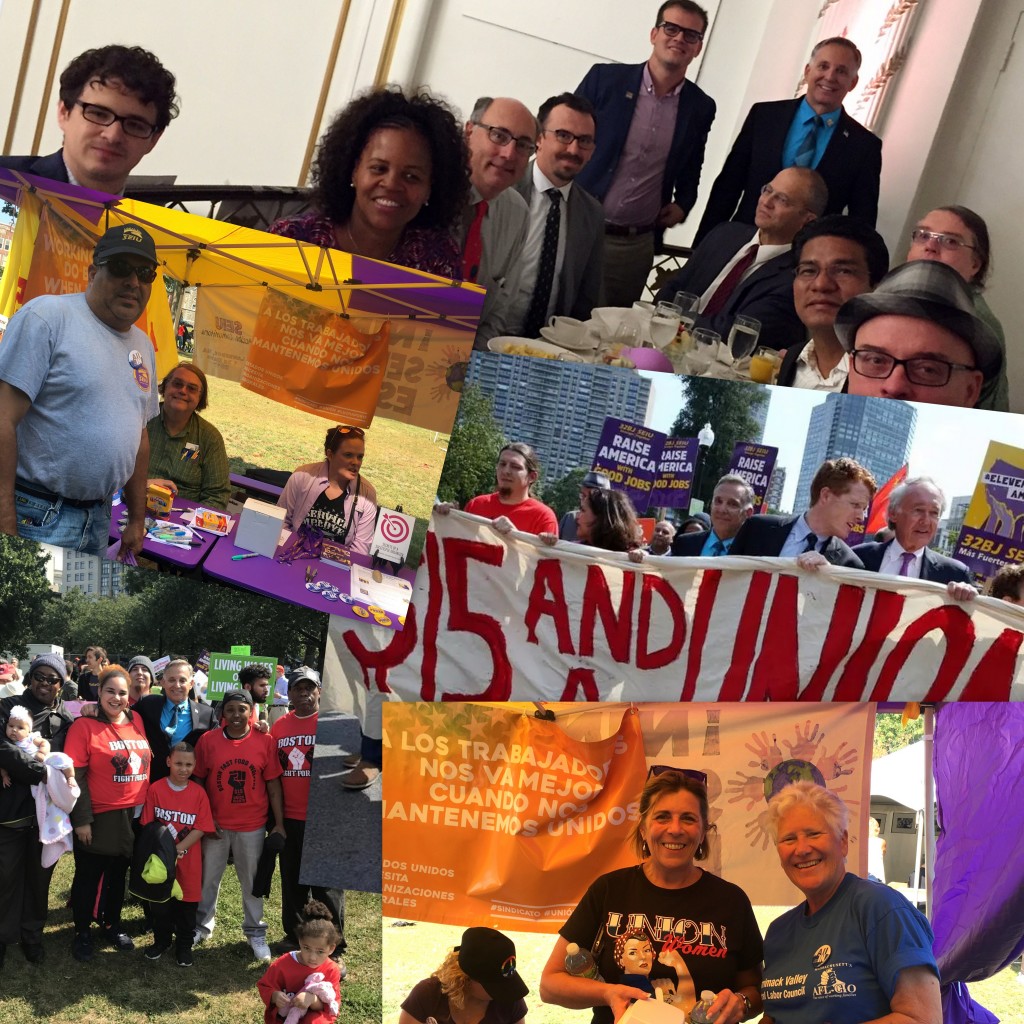 Following the Boston Common rally, workers marched to Copley Sq. where Jorge Vargas, an HVAC supervisor with the Boston Public Schools and a leader of Local 888 spoke. "Public service workers are under attack," said Vargas. "We've got to recommit our co-workers to stick together and mobilize to advance our struggles for justice and change the direction of this country."

In addition to the rally in Boston, Local 888 had an information tent on Campagnon Common at the Bread & Roses Heritage Festival in Lawrence.

"Our members are preparing to join forces with other working people and the Fight for $15 movement for a massive voter engage-ment drive ahead of the 2018 election," said Mark DelloRusso, president of SEIU Local 888. "We need to push our elected leaders to listen to working families, raise wages, and expand the right to form unions."

In a video released in advance of the Labor Day strikes and protests, U.S. Sen Bernie Sanders agreed: "America needs unions," he declared.  "Unions are the only way working people have ever gotten ahead in this country. And today unions are the only shot for workers to take back the country and fight back against corporate interests that have rigged the system against them."