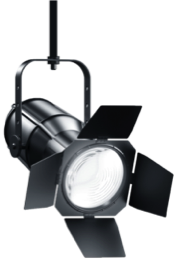 How did you become involved in the union? "As soon as I was hired, I started attending union meetings. I became a shop steward the first year I started my employment. Back then, we had only 3 negotiators, who basically negotiated for only their departments. I felt it was inequitable and fought against it. Today we have a representative from all six departments at the negotiation table with management.  As an 8-year union president, my mentality is 'all for one and one for all.' We negotiate for the majority of our members and not just for a specific department."

People have been asking the ques-tion, "why should I pay dues?" What do you say when people ask you that? "I represent 109 people. I have a strong conviction in protecting them and their jobs. The new Town Administrator appears to be very anti-union and has tried to eliminate union positions. 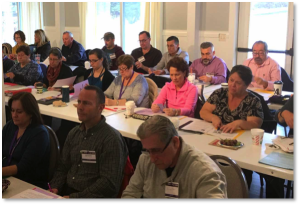 Local 888 members at the Together We Rise Training Cape Cod. Jayne Fogarty is first from left in the first row.[/caption]

"Without a union, many employees would not have their jobs and those who have made mistakes could lose their jobs. There would be no COLA's, vacation packages, personal time, health insurance, etc. We would all be employees 'at will.' If the Supreme Court eliminates dues requirements and members drop out, you will no longer have a union. Even if 51% pay dues, we will not have the money to sustain the union. This would mean no representation at the negotiation table. No representation at grievance hearings. We cannot afford to not have a union!  We need to stand together and remain strong!"