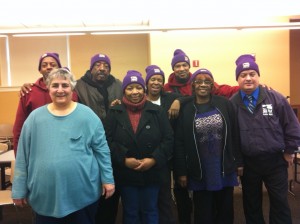 Making use of a recent state law that has made it easier for public workers to seek collective bargaining rights, the 125 crossing guards in Springfield have signed cards saying they want to form a union.

With the hard work of Local 888 union organizers Deanne Dworski-Riggs and Christina Villafranco, the crossing guards were able to gain recognition from the state.