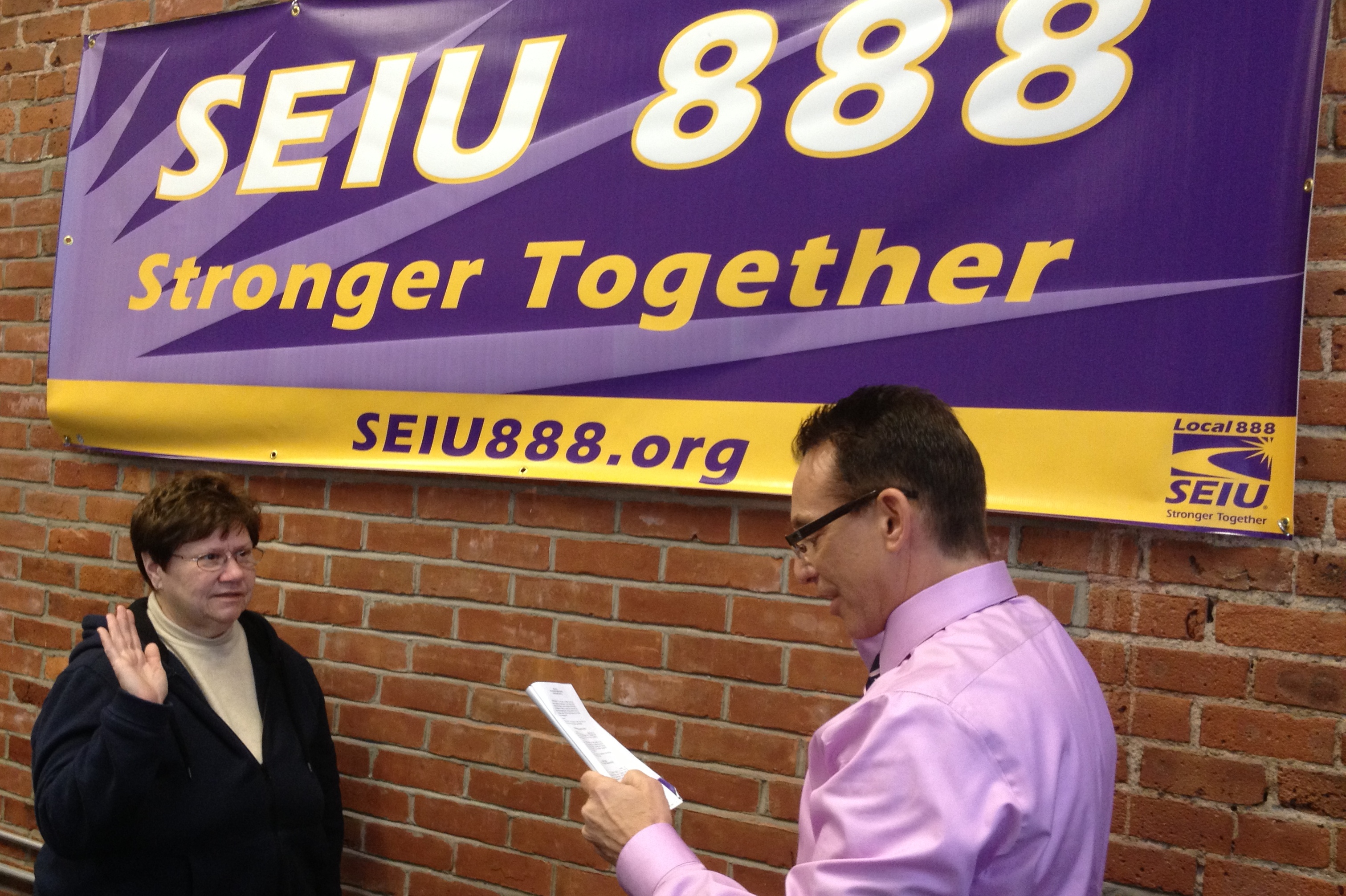 Diane Foley is the newest member of the Local 888 Executive Board. Foley, who works in Weymouth as a van driver, attended the Local 888 leadership training back in December and expressed an interest in getting more involved in the union. When a seat became vacant earlier this year, President Mark DelloRusso asked Foley if she’d be interested in serving in a leadership capacity. Foley’s new position became official at the last Executive Board meeting where she was sworn in. Welcome Diane!