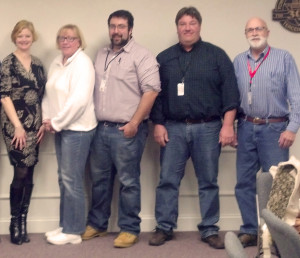 A group of more than 20 professionals who work for the town of Framingham were frustrated when they received no raises for three years.  They realized that they needed a union and collective bargaining to get raises and address many other concerns they had. They formed their union in 2011 and it took a resolute bargaining committee nearly two years to win their first contract.  Finally on March 22 the team reached a three-year contract with the town’s top management.

Bargaining committee member Kitty Mahoney says that the team is thrilled with the outcome. “Our first contract represents the best interests of our workforce, with solid employment protections through articles which serve us all as a collective; cooperatively and with solidarity. It was an honor to work with the members of this committee. I am humbled by the process and thankful for the opportunity. All the work was worth it!”