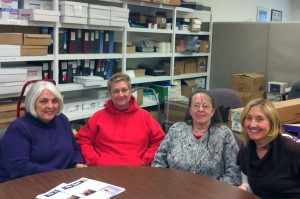 How often do you have to go to mediation after two negotiating sessions?  Not too often—but Local 888 did in the case of the Steamship Authority. Parity between contracts was management’s answer to almost every proposal until it came to wages, then it was a different story. The team held firm on some proposals and ended up with a three year contract with raises of  2.75%, 2.75% and 2.5%, “super seniority” for the steward in the event of layoffs, as well as an additional day for travel in excess of 200 miles.  All in all, not a bad contract in this economy. Thanks to Donna St. John, Ruth Grundhoefer, Pat Jette, Beth Rowe, Camille Carter and Shari Duncan for their hard work.