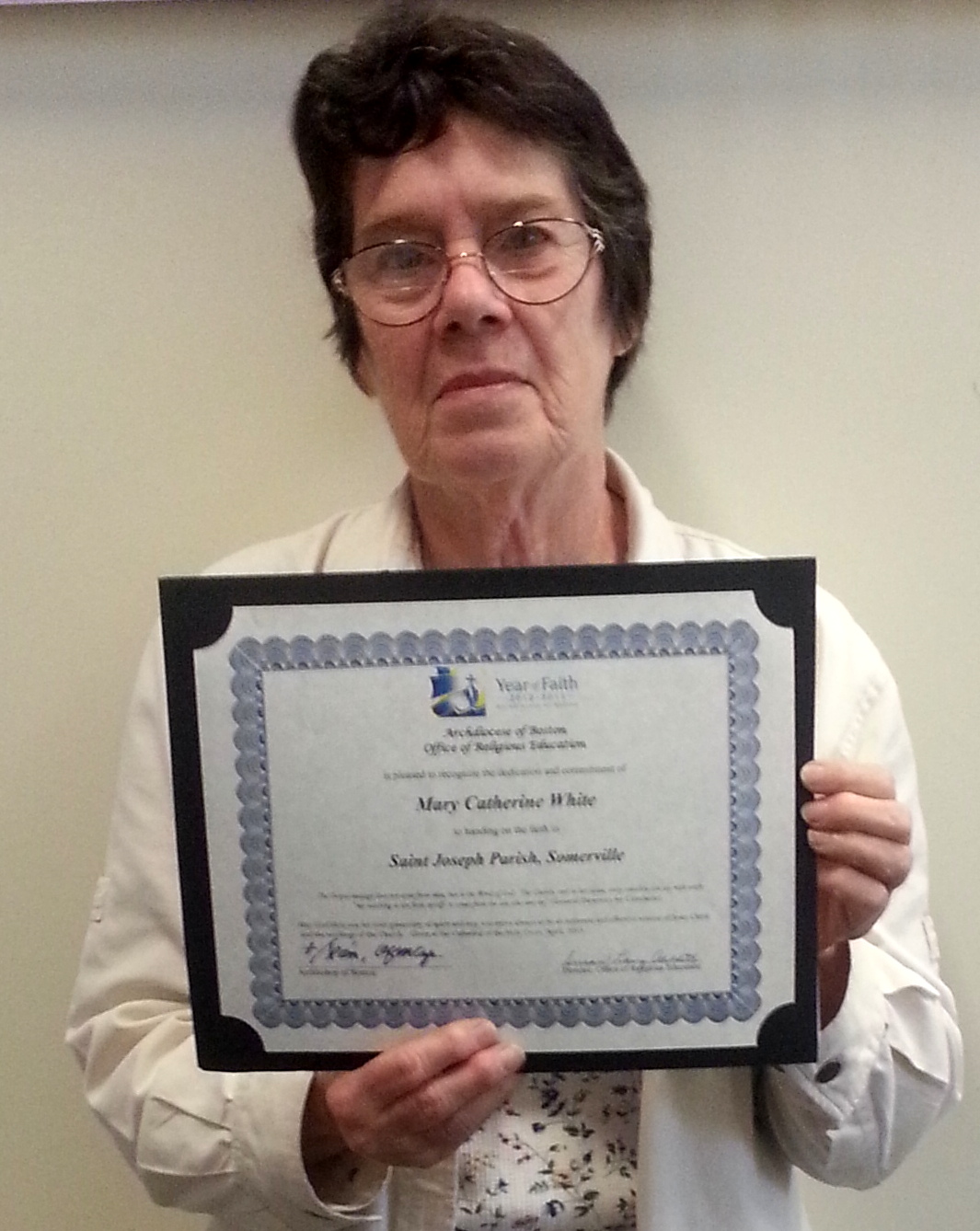 When Mary White received a letter from the Boston Archdiocese informing her that she was being honored for “outstanding faithfulness and commitment,” she could hardly believe her eyes. “I read it three times and thought to myself—you know what, I’m going to have a cup of tea and come back, just to make sure it says what I think it says!.”

White, who works as a crossing guard in Somerville, teaches Sunday school and sings in the choir at St. Joseph’s in Union Square. She was honored along with 75 other parishioners from across the metro area at a ceremony at the Cathedral of the Holy Cross in Boston. “The ceremony was absolutely beautiful,” says White, who was accompanied by several members of her church choir. The award is just the latest sign that things are looking up for the 68-year-old White. Just three years ago, she was laid off from her job as an administrative assistant. She’d begun to fear that she would never work again and, out of desperation, emailed the City of Somerville with a simple plea: “I need work.” The crossing guard position was a life saver, says White. “I absolutely love it. Working with the kids brings me such pleasure, and I also get to be part of a union.” Crossing guards in Somerville and Springfield have recently become part of Local 888 last year. ▪

Congratulations to Mary on her award from the Archdiocese!

If you or someone you know would like to be featured in the Spark write to spark@seiu888.org.