Fueled by support from union members and their families throughout Boston, Martin Walsh bested City Councilor John Connolly to become the first new Mayor-elect of Boston in almost 20 years.

Walsh's victory marks the first page of a new chapter for working families around the city. First as a laborer and union president, then as a State Representative and now as Mayor-elect of Boston, Walsh's continued commitment to fight for working families has time and again set him apart.

"I want you to know that I will always stand up for you. I've spent my career standing up for working families, and as your Mayor, you can count on me to be your voice in City Hall," Walsh said, following his victory.

Walsh's compassion and strong history of standing up the working class was affirmed by the thousands of union-affiliated volunteers and leaders who donated their time during to his campaign, including hundreds of SEIU members. 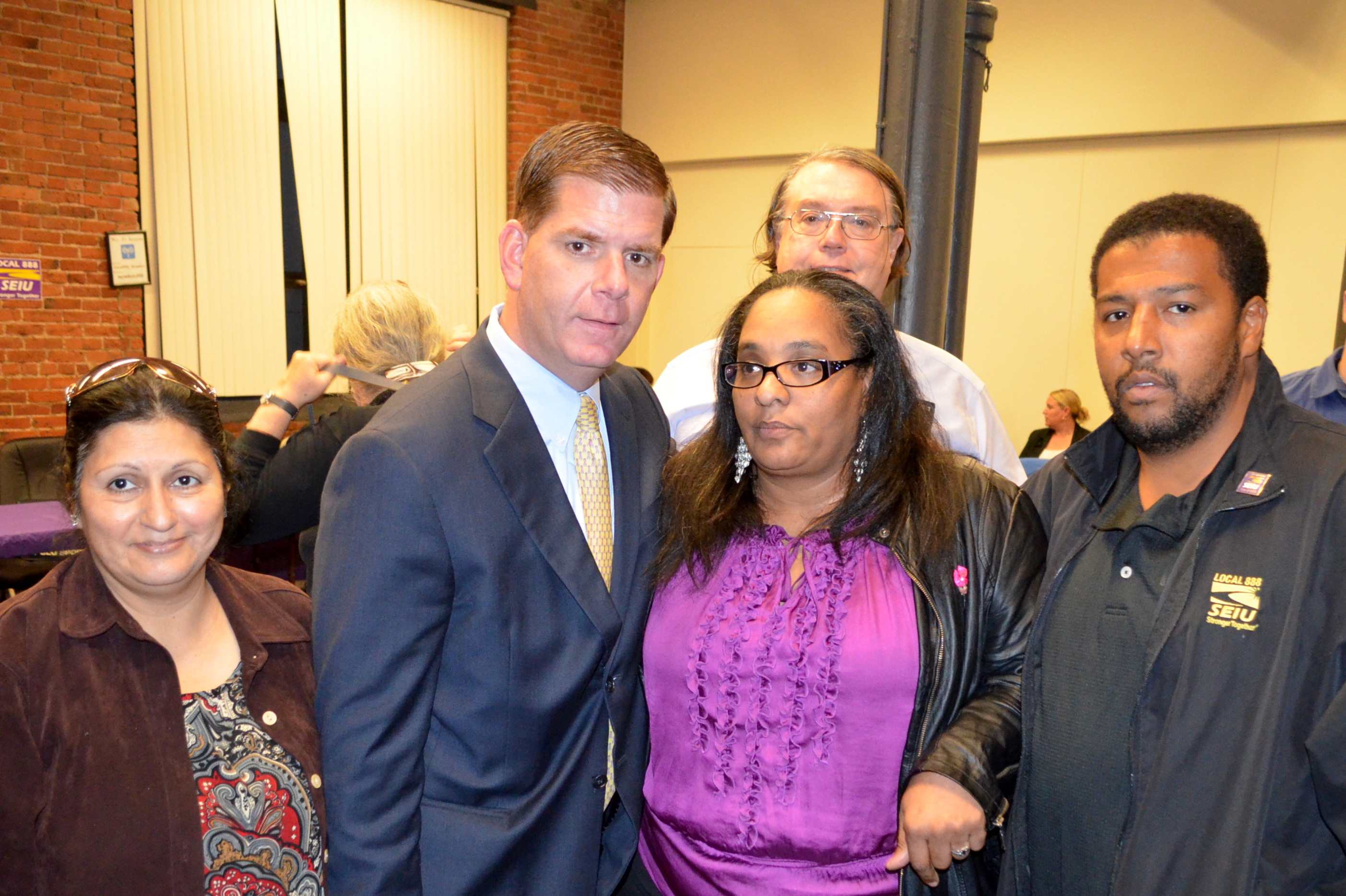 Marty Walsh with members after the Oct. 10 political forum at the SEIU Local 888 union hall[/caption]

Support for Walsh at SEIU Local 888 was evidenced by the strong enthusiasm from members and the union's Committee on Political Action at an October 10 forum that both candidates were invited to.

The COPA committee voted overwhelming to endorse Walsh, which should help give our members a stronger voice in the city's future.  Local 888 members and our team of member political organizers actively promoted Walsh's candidacy by canvassing in members neighborhoods through election day to help get out the vote.

"Public service workers know Marty Walsh was the candidate who has best served the needs of all of Boston's neighborhoods," said Local 888 President Mark DelloRusso. "Marty has promoted legislation to create jobs and more opportunities for women and minorities in Boston's workforce.  That's why we all rallied behind Walsh and his progressive, authentic vision for a stronger Boston." 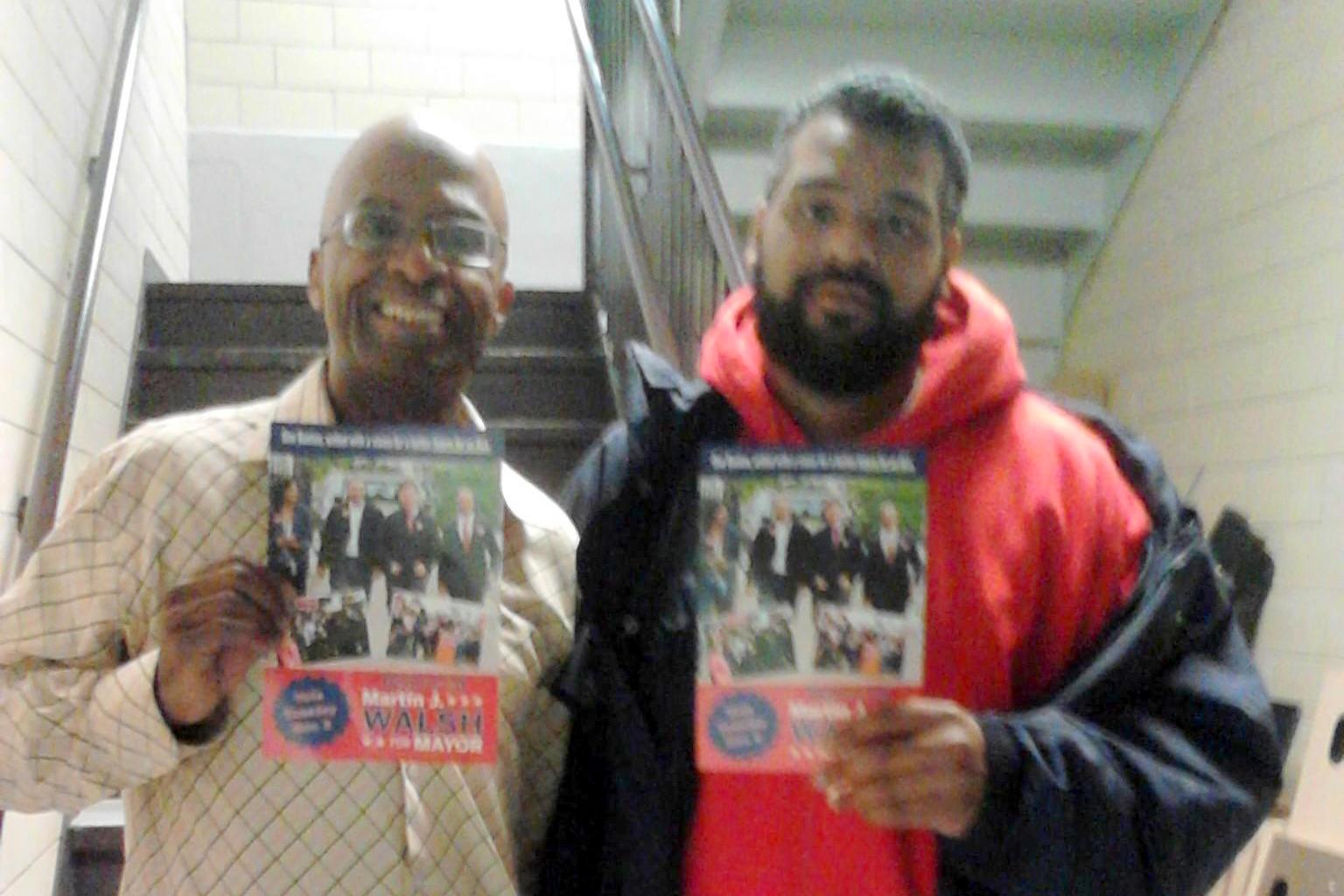 As Boston continues to prosper, members of SIEU Local 888 need to continue to stay involved and active to ensure that everyone has the same chance to succeed and share in the benefits of living in a world-class city.

Local 888 members were involved in many other municipal races as well.  In addition to the mayor's race, the COPA committee endorsed ten candidates for Boston City Council.  Outside of Boston, members endorsed another 16 candidates for city council in Cambridge, Brockton, Chelsea, Haverhill, Malden and Somerville.

The SEIU Local 888 endorsed candidates and their election outcomes is listed below: 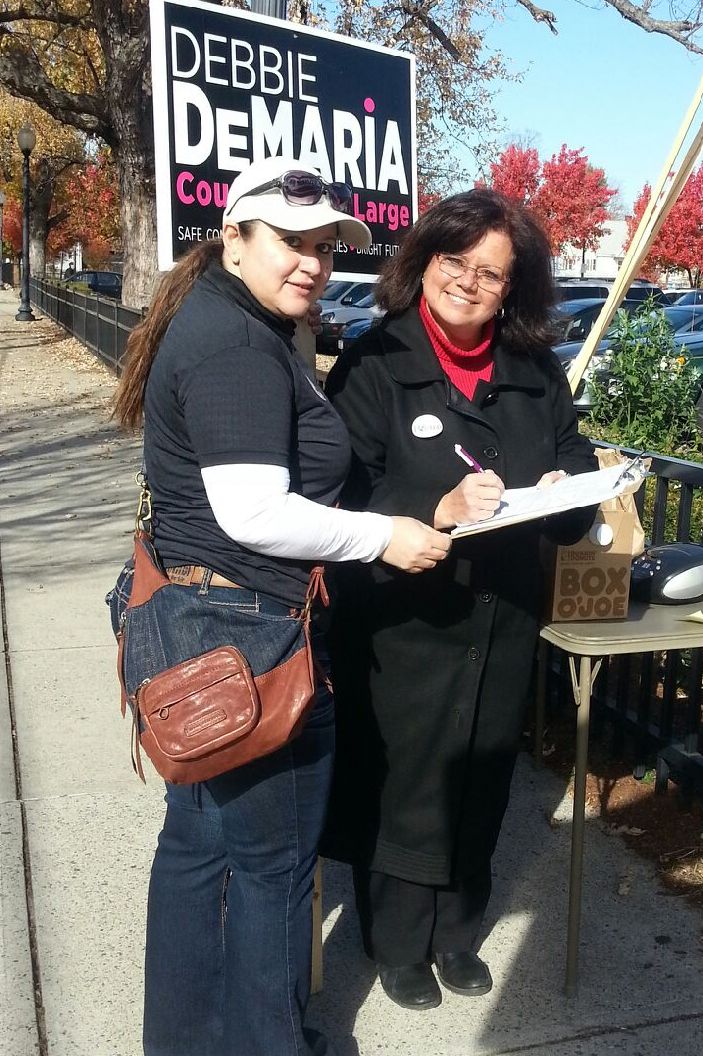 Although not formally endorsed by COPA, Local 888 member Tom Ciulla, a custodian in the Everett Schools, was re-elected to the Methuen City Council East District.