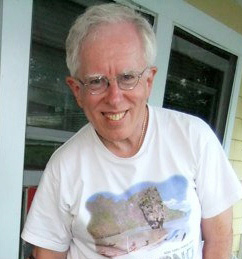 Despite more than a decade of "reform," quality, affordable health care is still hard to come by.  It is a problem for our country and an increasingly a problem for many Local 888 members.  Our premiums, copays and deductibles seem to keep rising.  For City of Boston members, they have not risen as high as they would have had we been put in the Group Insurance Commission (GIC).[[1]](file:///H:/Documents/Spark/Jan%202014/Join%20Local%20888%20health%20care%20committee.docx#_ftn1)  Thanks to most of the city's unions banding together, we made an agreement with the previous mayor that keeps us out of the GIC at least until our contracts expire in 2016.

Other members of Local 888 in chapters across the state who also are not in the GIC, will likely face contentious contract negotiations over health insurance when their contracts expire at the end of June 2014.  With limited collective bargaining rights, they will face tough bargaining, trying to find ways of avoiding more cuts and cost shifting.  That's why it's so important that we educate ourselves on health insurance issues and prepare as a union for that bargaining now.

A major driver of escalating health insurance costs is that 20 percent or more of your premium goes to pay for claims processing, denials of care and administrative overhead.  Meanwhile the national Medicare program provides similar services with administrative costs that are more like two percent.  And they say government isn't efficient and cost-effective!

You and I and the whole medical system pay enormous amounts of money to the insurance and drug companies, for-profit and allegedly "non-profit" hospitals every year.

If we had a health care system similar to Canada's, or an expanded version of our own Medicare or Veterans Administration systems, we could avoid or drastically reduce quite a few of our present costs.  If we gave government the power to negotiate with drug companies, set limited payments to doctors and hospitals and streamline bureaucracies, we could make major steps toward controlling costs.  The key to real cost savings is to cover everyone.

Eventually, eliminating private health insurance companies, for-profit hospitals and drug companies from the equation would really control costs.  Such moves are way down the road and will require a nationwide dialogue, as would the less radical reforms mentioned above.  However, it's time we start such a dialogue.

Local 888 members have begun their own dialogue on these important issues.  We have established a new Health Care Committee.  I hope my union sisters and brothers will strongly consider taking part in this committee.  Bring your own ideas to this dialogue.

Far too many people postpone the care they need and end up in hospital emergency rooms.  Too often, the next stop on their journey is the morgue.  This is a shameful waste of human life -- murder by profit-driven health care system.  It results in about 46,000 people dying every year due to lack of access to affordable health care.  The insurance industry and the hospitals don't just absorb those costs -- they pass them along to the rest of us in terms of higher premiums, copays and high deductibles.

So please bring your own perspectives to these vital questions by joining the Local 888 Health Care Committee.  Our next meeting starts at 5:15 p.m. on Wednesday, January 22 at our union hall, 52 Roland Street, Charlestown, not far from Sullivan Station on the MBTA's Orange Line.

[[1]](file:///H:/Documents/Spark/Jan%202014/Join%20Local%20888%20health%20care%20committee.docx#_ftnref1) The municipal health care reform law passed in 2011 was designed to save Massachusetts communities more than $100 million, while protecting health care quality for retirees and municipal employees. Cities and towns have the choice to implement health care plan design changes with "expedited" collective bargaining to negotiate new health insurance benefit plans for employees.  If the municipalities and unions fail to reach agreement within 30 days, the case is submitted to a three-person review panel, with one member appointed by unions, one by the municipality and one selected by the Secretary of Administration and Finance.

Municipalities can use this process to adopt co-pays and deductibles, along with other cost-sharing health care plan design features that are not higher than those offered by the Group Insurance Commission (GIC). Alternatively, municipalities can transfer employees to the GIC if it would result in at least 5 percent more savings than could be achieved through a local health care plan. The law also allows a portion of savings to be returned to employees and includes protections for retirees and employees with existing health concerns, who are likely to incur higher co-pay and deductible costs.