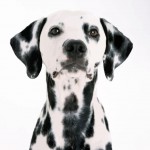 Dear Sparky: I’m curious to get your take on this whole dispute over teacher tenure. My sister-inlaw is a teacher and I always hear her talking about how hard she works, but on the other hand, nobody has a job for life these days, especially one with summers off. What do you think? Signed, Of Two Minds

Dear Two Minds: Happy you asked. You see, I once attended obedience school so I have some “first paw” experience with our nation’s education system. Let’s just say it didn't end well!

Before we take a good sniff at the battles over teacher tenure, let’s get some vocabulary straight. When people talk about “tenure,” they mean due process. So if a teacher like your sister-in-law survives her provisional period—which in Massachusetts lasts three years—she can’t be fired just because her principal doesn't like her. The other thing you should probably know is that in the schools that teach the poorest and neediest students, the problem isn't that teachers stick around too long it’s that they don’t stay. Taking away job protections from teachers who are already under incredible pressure will probably make the teacher turnover problem even worse.

So what’s this really all about then? It’s time to play a little game I like to call “the golden bone.” You see, everyone and his hedge fund brother seems to have an idea about how to “fix” our public schools these days. Put these ideas to a “smell test” though and you’ll notice something interesting. All of these ideas just happen to involve paying teachers like your sister-in-law a whole lot less, from ending tenure to expanding charter schools to replacing teachers with technology.

By the way: while teachers maybe the ones with targets on their backs now, the “visionaries” behind the plans to shake up our schools think that all public employees, including you, earn too much and have too many rights. Sparky