Over the past few months, Local 888 members at Boston City Hall and other Boston bargaining units have been very upset about how the Human Resources (HR) department was handling their applications for leave they were entitled to under the Family and Medical Leave Act (FMLA).

Local 888 Field Rep. Mari Cooney attempted to resolve the issue by pointing out that the city was violating the FMLA statute. 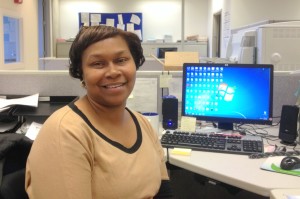 Arthenesis Sneed was told she wasn’t eligible for leave under the Family and Medical Leave Act to care for her
father who has advanced MS.[/caption]

Yet HR stubbornly insisted their interpretations of the law were correct.  Many of these cases were straightforward, such as parental leave for a newborn, cancer treatment for a spouse, recovery from knee surgery, gravely ill parents having surgery, etc.

Rather than being approved, HR instituted its own interpretations of the law, saying for example, that the requested leave was "excessive."  Members were given contradictory reasons for their denial or delay in approval, and were pressured to sign medical releases to a third party medical claims company.

Arthenenis Sneed's father has advanced MS and needs her help.  She was told that she wasn't eligible for FMLA.  As a result she couldn't leave work to care for him.  Her case was sent to MES Solutions.  "I'm just sick of the delays and denials." 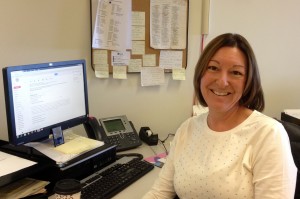 Jennifer Twomey was told she would need to take personal days to care for her mother.[/caption]

Jennifer Twomey requested FMLA leave to take care of her mother.  She was told that it had expired and she had to take a personal day.  Then she discovered that her leave had not expired and that HR was possibly violating her legal privacy.

"This isn't just about me," said Twomey. "I don't want any of my co-workers to encounter similar roadblocks."

Richard Morrison has 22 years with the city and has never been out sick.  His doctor told him he was entitled to FMLA leave. He applied for it and believed it was approved, only to then be told by HR that he didn't have it. "Now I've lost six or seven days that should have been covered."

Tammy Sutton had knee surgery and put in for FMLA and it was approved.  Then she needed her other knee done, but that leave was denied.  "The city didn't believe my doctor's letters were authentic.  But 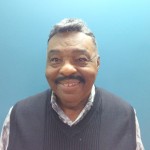 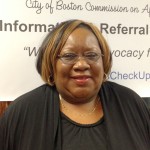 I'm not abusing my time.  This leave is a right that I have to use when I need it."

Jen Springer, General Counsel for Local 888, investigated these and over a dozen other cases and found they had all been mishandled by the city's HR department.

"It's understandable that so many members were distraught to the point of tears," said Springer. "Situations like this are when it really matters that workers have a union.  It's very upsetting to be seriously ill or have a gravely ill loved one.  But then to get the runaround, red tape and just plain wrong answers from HR was demoralizing and paralyzing.  Backed up by the union, the members were able to take up the fight and win."

Springer reported that HR staff seemed to believe they could determine whether requested leave was "excessive" and that it could require employees to sign a release for review by MES Solutions.  "It was inappropriate for HR to be routinely second guessing members' medical professionals," said Springer.  "It was causing undue stress and delays in otherwise routine FMLA requests. Cases requiring outside review should be limited in scope and should be the exception, not the rule."

Springer also found that the city was inappropriately examining employees' usage of other leave time (sick, vacation, personal, etc.) when determining FMLA approvals and accusing members of "excessive use of FMLA" or a "pattern of FMLA usage."  Further, some employees were being required to use more hours than they needed, even though FMLA is clear about taking hourly increments. "For example, an employee only needed two hours leave, but he was told it was his only approved "instance of FMLA," and to use a full seven hours."​

The city was also denying FMLA when a loved one was primarily cared for by someone else (ie. another sibling or in an inpatient situation) when the law is clear: FMLA leave can be for in or out-patient care; for care primarily provided by others; and for psychological support, to attend care conferences, and provide transport to appointments etc. 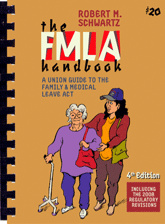 Or stop by the union hall to get a copy.

"Our members felt harassed, belittled and powerless against management at a time when they were struggling with a serious medical issue of their own or of a family member," said Kelly Shay, who is a Chapter Chair at the Department of Neighborhood Development and a member of the Local 888 Executive Board.  "Collectively, we were able to change the outcome of several pending member applications and the entire city of Boston FMLA review and approval process moving forward."

Now HR has committed to no longer routinely hold up and question leave requests in large numbers.  HR will follow the statute and only question requests for the specific statuary reasons such as if the handwriting is illegible or there is a specific contradiction within the form or if there is a reason to question if the form was signed by a medical provider, to verify the authenticity of the form.  Forms cannot and will not be questioned or delayed going forward just because HR thinks the amount of leave is "excessive."

"This is an example of how chapter leaders and Local 888 staff worked together and were able to affect positive changes that has an enormous impact on members," Shay continued.  "Thanks to help from Mari Cooney and Jen Springer, we were able to correct egregious errors by management around FMLA approvals. We were able to prove that the union's interpretation of FMLA were correct in every instance."

The only other situation that should result in a delay is if the form is missing an essential element needed to warrant the FMLA leave.  In any case, employees will be questioned only in these very limited circumstances.  Then if there is a need, they will be given specific instruction and an opportunity to supply the needed information.

"We expect to see a dramatic decrease in denials, delays and the use of medical releases," said Springer.

"I'm so proud of the members who stepped up to the plate to say this wasn't fair," said Lorna Heron, another Chapter Chair in Boston and member of the Local 888 Executive Board.  "This is a huge win! Not only for us but for everyone in the City of Boston that will use the Family Medical Leave Act. Without the guidance and dedication of the staff at the local, we would not have achieved this outcome."