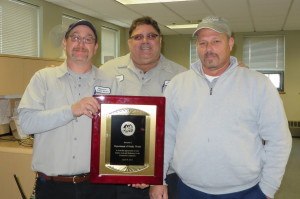 Justin Pelletier, Joe Aiello, and John Perino are three of the eight Watertown DPW supervisors given an award for: “Grateful appreciation of your selfless acts and dedication to the Watertown Community.”

Below are Phil D’Agostino and Brock Kennedy, two Watertown dispatchers who received ribbons on Veteran’s Day for "Exceptional Duty" (the two not in police uniforms). 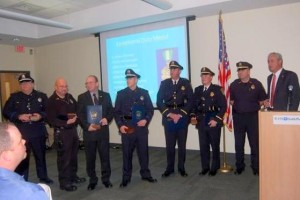