Local 888 members in Tyngsborough faced a challenge. Divided between three different units, and covered by three different collective bargaining agreements, clerical, highway and mid-managers seemed to have little in common. But Chris Dery, who heads the mid-managers unit, and his fellow chairs, Gloria Clancy, clerical, and Josh Clancy, town highway department, have been working to change that. 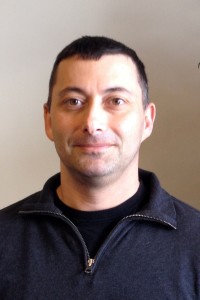 Chris Dery, Tyngsborough Town Middle Management, and the leaders of the town’s two other Local 888 chapters have been working together to build solidarity.[/caption]

“We’ve been trying to identify common interests and really hang together as a group,” says Dery. “That’s not the easiest thing in the world.” After bargaining wrapped up for the three units last year, the leaders resolved to stand together if town administrators made unilateral changes to any of their contracts. They soon had an opportunity when the town attempted to impose a new vehicle use policy. “It was a really poorly thought out change, and by working together we were able to make the town revisit the issue and bargain with us over it,” says Dery.

The experience confirmed what the three leaders believed: that if they join forces, they have far more power than if each unit deals with town administrators on its own. “What happens to any of our bargaining units will eventually happen to all of them,” says Dery. "If everyone sticks together, we can help each other out regardless of the immediate benefit. Eventually it will benefit you.”