Some people say that November 3 was a quiet Election Day in Massachusetts. Well, it wasn’t quiet for SEIU Local 888!

For months prior to the election, the Local 888 political team focused on identifying, supporting, and electing progressive, working class candidates for local office across the state as part of our municipal election efforts. 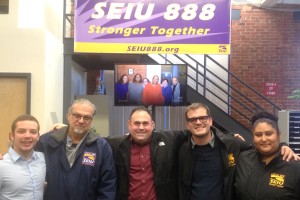 Our idea? By electing more SEIU members, community leaders and other candidates from all walks of life to local office in an “off year,” we’d not only end up with new elected officials who better represent our members, but also build a statewide roster of future pro-labor leaders of our state.

This year Local 888’s Committee on Political Action (COPA) had bigger goals than ever. On Nov. 3, we had canvassers and organizers on the ground getting out the vote in races in six counties. The results are in and Local 888 and Massachusetts working families won big.

Out of our 31 candidates, including current and former Local 888 members, 25 won their elections!

With dozens of wins, highlighting all of them isn’t possible, but here are a few we’re really excited about:

Rep. Mike Brady, a former member of Local 888 from the Lottery Commission, who has served as a state rep. in Brockton for many years. He successfully beat Republican Geoff Dheil from Hanson to secure the State Senate seat vacated by the late Tom Kennedy. This race was a top priority for Local 888 because Brady is loyal, hardworking and has always been a strong ally in the Statehouse. 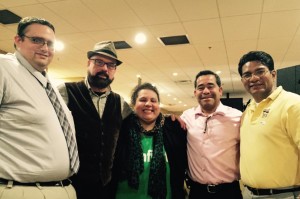 Enio Lopez (second from right) celebrating his victory with supporters.[/caption]

Enio Lopez is a Local 888 member from the Chelsea Soldiers Home who was considered a long shot candidate running for a district council seat against an incumbent councillor. But Lopez has deep roots in Chelsea and with grassroots organizing and hard work, he pulled out a nearly 3 to 1 victory over the incumbent councilor!

Emmanuel Marsh is a Local 888 member from the Lottery Commission. Marsh grew up in Malden, and like many of us, is concerned about our public schools. Instead of lamenting the way things are, he stepped up and ran for school committee and defeated a two term incumbent. Local 888 fought off a privatization effort by the Mayor of Malden last year and Emmanuel’s victory has changed the makeup of the school committee for the better.

Khrystian King is a SEIU Local 509 member from the state Division of Children and Families who has served the people of Worcester as a social worker and youth violence prevention advocate. In a tight field for at-large city council in Worcester, Khrystian won his seat by just 67 votes. 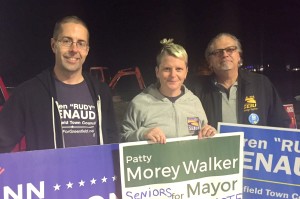 Karen "Rudy" Renaud (seen at right on election night with DJ Cronin and Ron Patenaude) is Local 888’s Organizing Director and an incumbent councillor in Greenfield. She mounted such a strong campaign that it scared her “tea-party” challenger out of the race with less than a month to Election Day.

Stephanie Muccini Burke is a former Medford city councillor and chief of staff to Mayor McGlynn. Stephanie defeated her tea-party challenger in a hotly contested race, winning by just about 500 votes! She was backed by a strong coalition of labor and progressive groups.

Tom Ciulla is a Local 888 member at the Everett Public Schools who successfully defended his Methuen City Council seat with a commanding victory against multiple opponents. Tom is an important voice for the working families of Methuen and a great example of a member not only stepping up, but serving the community successfully.

These campaigns show the grassroots alternative to the traditional pathway to power for elected officials. Instead of doing the bidding of big-money donors, our grassroots candidates know that if they stand up for working families, we’ll support them and have their backs. That gives more regular people -- workers, seniors and young people -- the confidence that they can take that big leap of faith and run for office. If you haven’t already done so, please consider joining COPA  today!