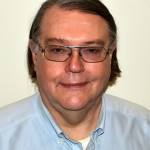 The four books are: Common Sense for Hard Times (1979), Building Bridges: The Emerging Grassroots Coalition of Labor and Community (1990), and Global Village or Global Pillage: Economic Reconstruction From the Bottom Up (1998), Globalization from Below: The Power of Solidarity (2000).  I strongly recommend his books for members to read and learn from.

A "Tort" is a legal term for an individual wrong a wrongful act, not including a breach of contract or trust, that results in injury to another's person, property, reputation, or the like, and for which the injured party is entitled to compensation.  The concept has been under attack from insurance companies.  For example: If a drunk driver loses control and crashes into your fence, the police charge him with drunk driving however getting the driver to repair the damage to your fence requires you to use tort law.

It is the only museum of law in the country and I believe well worth a visit.