The Committee on Political Action met on February 11 to discuss upcoming special elections in Weymouth and East Boston. We reviewed three questionnaires from candidates in the East Boston race, including, Lydia Edwards, Jay Livingston, and Diana Hwang. 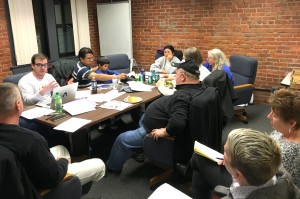 After much deliberation the committee decided to endorse current State Rep. Jay Livingston for the State Senate Special election. Jay stood out for his service and support for SEIU priority campaigns like the Fight for $15 and the Airport Workers campaign.