The FY 2017 budget proposal put forward by Governor Baker asks the legislature to raise the Group Insurance Commission (GIC) premium contribution rates for active state workers hired prior to July 1, 2003 and retired workers who leave the workforce after June 30, 2016 from 20 percent to 25 percent. State workers would face a substantial financial impact as a result of this change. 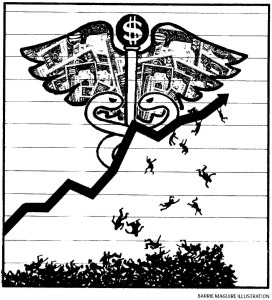 Even without changes to premium contributions, workers who receive their health insurance from the GIC have been facing growing out-of-pocket costs for their care. Plan design changes implemented by the Group Insurance Commission that have raised co-pays and deductibles have resulted in a significant shifting of costs from employer to employee over the past decade. A review of GIC total plan cost data shows that from 2007 – 2016, the true share of GIC health care costs paid by employees (premium contributions plus cost-sharing) now averages 37%, up from a rate of 28% in 2007.1 An additional 25% increase to the premium share would result in cost increases of over $1,300 in FY 2017 for many families in premium costs alone.2

In a budget proposal that does not raise taxes or fees elsewhere, the Governor's proposal stands out as a notable exception. State workers and retirees face the same fiscal constraints as all other working families in this Commonwealth, and in fact have sacrificed especially greatly over the past decade as a result of the fiscal crisis and years of budget cuts. It is simply not fair to place an undue financial burden on this specific group of workers in an effort to balance the state budget.

All Local 888 members are urged to contact their State Reps. to tell them to reject the Governor’s proposal which seeks to balance the budget on the backs of hard-working families.