Local 888's Committee on Political Action (COPA) sends questionnaires and interviews candidates before making union endorsements. After careful consideration the committee endorsed 18 candidates who were up for either re-election or open seats in the recent state primary held on Sept 8. All of these candidates strongly believe in collective bargaining and support workers' rights. 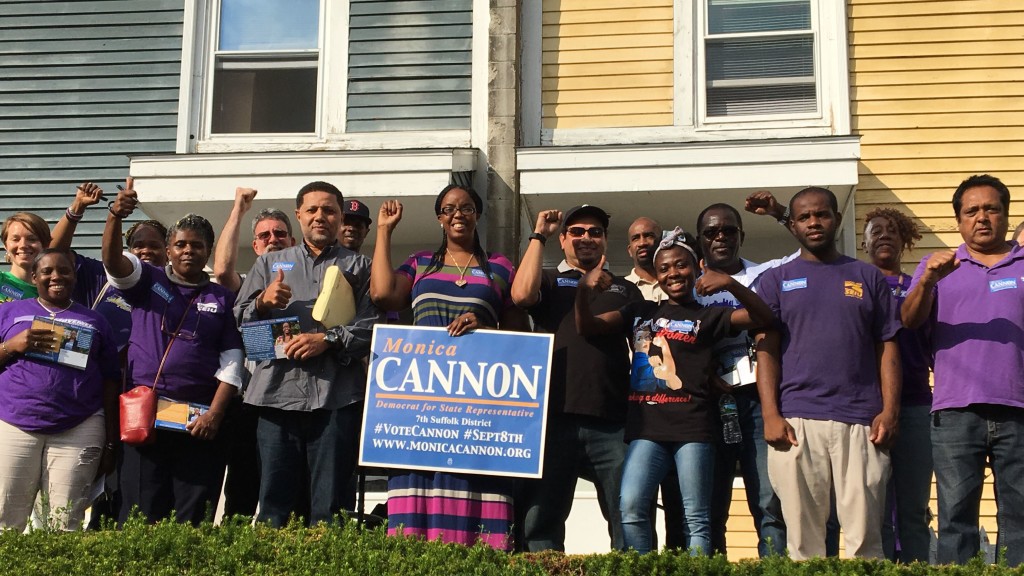 Local 888 members and staff joined with other supporters for Monica Cannon's GOTV effort on Sept. 8. Monica ran a great campaign -- but sadly she fell short by just 107 votes.[/caption]

Whenever the committee makes endorsements, it looks for the candidates who will best stand up for working families.

Local 888's political action doesn't stop now or in November. "Our goal is to focus on building stronger member leadership and to create the political capacity to hold our elected officials more accountable," said Local 888 political director Dan Hoffer. "We must be part of a much broader movement that can help level the playing field between people and corporations."