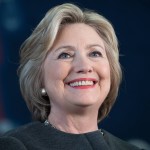 Click here to read and download a one page comparison of Hillary Clinton and Donald Trump on workers' issues. 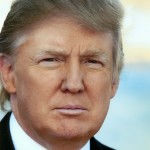 “We need to support new organizing strategies for employees who too often have never had the benefit of collective bargaining, and we have to resist the assault on workers’ rights. Let’s say loudly and clearly, ‘Right-to-Work’ is wrong for workers and wrong for America.” —HILLARY CLINTON

“I think having a low minimum wage is not a bad thing for this country.” —DONALD TRUMP, August 2015