"Congratulations to President-elect Donald Trump and his supporters," said Mark DelloRusso, President of Local 888. "His election victory – and the level of support for his campaign in Massachusetts – shows just how out of touch the political elite of both parties are with average Americans."

The election will likely have real consequences for Local 888. "Our members need to stay united now more than ever," DelloRusso continued. "We need to keep organizing and fighting for a better future for working families. We can't give in to hateful rhetoric or greedy corporate interests."

"We will build on the momentum we've achieved through the Fight for $15 and by resoundingly defeating Question 2 to continue making progress for our members and for all working families." 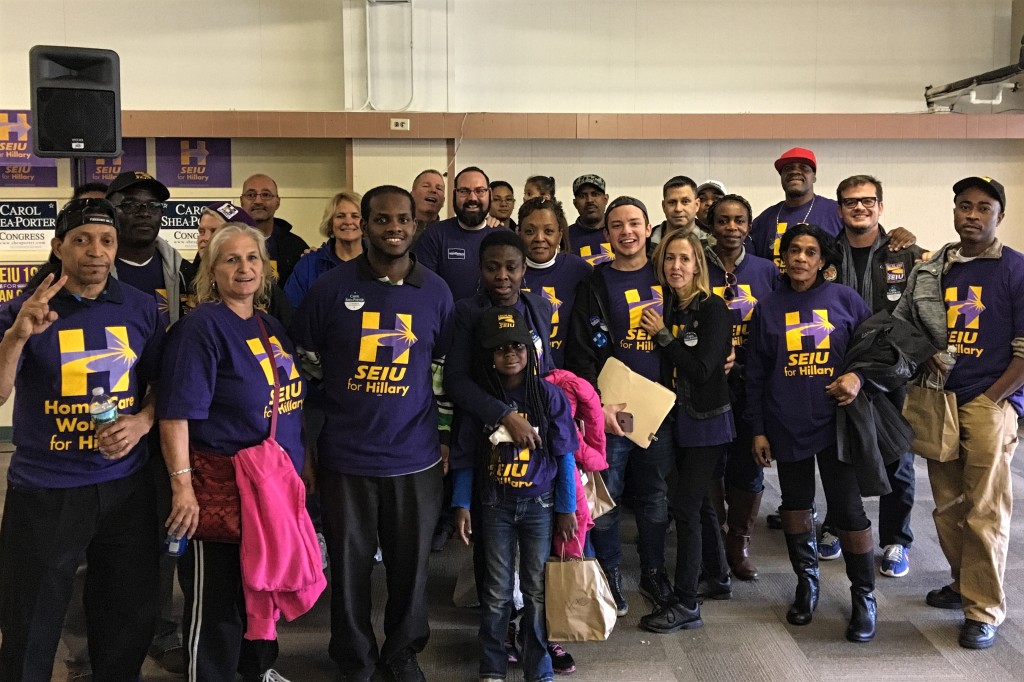 Local 888 members and staff traveled to New Hampshire on three weekends in October to campaign for Clinton and other pro-working family candidates.[/caption]