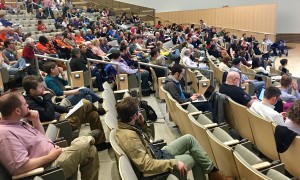 Participants at the “Progress as Resistance Conference” heard inspiring speakers outline campaigns to “raise up” the standard of living for working people in Massachusetts.[/caption]

Hundreds of social and economic justice activists gathered at UMass Boston on May 6 to prepare their campaign to win an ambitious agenda: a new $15 an hour minimum wage, paid family and medical leave, criminal justice reform, the Safe Communities Act and a constitutional amendment for a new Fair Share or millionaires tax.

This conference featured briefings on how activists can engage in campaigns to win: a $15 Minimum Wage, Paid Family and Medical Leave, the Fair Share Amendment, ending mass incarceration, and safe communities.

Members of Local 888 are urged to join Raise Up as a volunteer for future events and actions and consider a small contribution to support Raise Up! 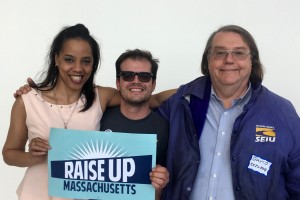