Local 888 Committee on Political Action members met on May 23 at the Malden American Legion.  Members discussed the upcoming special elections in Massachusetts as well as local elections happening across the state. Stephen Winslow (at center in photo at right), an SEIU Local 888 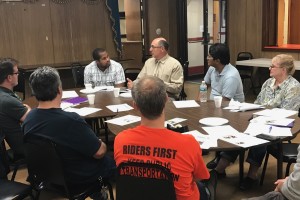 member and candidate for City Council At-large in Malden was the special guest. Malden School Committee's Emmanuel Marsh (on Winslow's left) who is an Local 888 member also attended.

Don't miss the next Committee on Political Action meeting

To defend ourselves from attacks by privatizing employers, extreme right political foundations and the influence they have on our elected officials, members need both power on-the-job and a strong voice in politics. That's why members are urged to participate in the upcoming Committee on Political Action meeting: Tuesday, June 20, from 6:30 – 8:30pm at the Somerville Community Room, 50 Middlesex Avenue, Somerville, MA 02143 (Orange Line to the new Assembly Sq. T stop.) 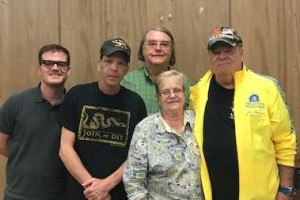