Paying union dues is your ticket to having a say in what the union does. Around contract bargaining time, only dues- paying members of the union are eligible to participate in making many critical decisions: · No membership, no say in the process. · No membership, no right to vote on the outcome. 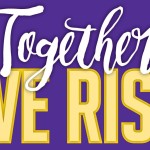 You Send a Message**.** A strong, voluntary union membership gets the message across to the employer that the individual employees are standing behind their leaders, so that when a union official addresses the employer, it’s understood that one voice speaks for many.

Everything Costs Something. The ultimate strength of the union lies in the determination and participation of its members. But it’s also true that it takes money for an organization to translate good intentions into concrete actions. Everyone needs to pitch in financially to make the union strong. —Adapted from, "The Union Member's Complete Guide," by Michael Mauer.