The election for Local 888’s three Officers, eighteen Executive Board members and three Trustees has concluded. 1,698 valid ballots were cast. 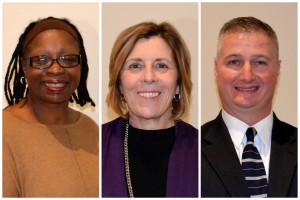 Brenda Rodrigues was elected President, Tom McKeever was elected Secretary-Treasurer, Anita Christon was re-elected Recording Secretary. These candidates were all part of the Leadership for Changing Times slate.

All of the positions are for three-year terms. To learn more about the roles and responsibilities of officers, trustees and executive board members read Local 888's Bylaws here: //www.seiu888.org/constitution/

President Mark DelloRusso congratulated Brenda Rodrigues on her election victory and assured her that the leadership transition will be handled cooperatively over the next two months.

To qualify for the ballot, all candidates had to submit nomination petitions by December 22, 2017. The newly-elected executive board and trustees will be sworn in on May 1. Local 888 would like to thank the Election Committee for their work overseeing the process.