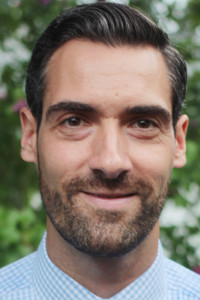 Local 888’s Committee on Political Action and union leaders have been hard at work this summer holding candidates nights and taking stock of State House races.

Local 888 has endorsed for state Senate:

John Drinkwater (See: https://www.drinkwaterfor senate.com/) for the open state Senate seat being vacated by Eileen Donoghue, who left to become Lowell’s city manager. Drinkwater, legislative director for the state AFL-CIO, said he was motivated to run for Senate after years of advocating for labor unions and as a parent with children about to enter Lowell Public Schools.

Drinkwater, who has also been endorsed by the state AFL-CIO, faces a primary fight in the First Middlesex District.

Diana DiZoglio, a Methuen state representative who is running for the First Essex Senate District. DiZoglio, also endorsed by Local 888, (See: //votedizoglio.com/) is known for speaking up forcefully on the issue of addressing the problem of sexual harassment in the state Legislature.

Darrin Howell (See: //darrinhowell.com/) in his bid for state representative in the Fifth Suffolk district, which covers parts of Dorchester and Roxbury. Howell previously worked for SEIU Local 1199 as a political organizer.

And Pam Gemme (See: https://electpamgemme.org/), a social worker for the Massachusetts Department of Children and Families and an SEIU Local 509 member, is running for the open 17th Worcester District.

In addition, Peter Capano, who is running for the 11th Essex District. Capano, now a Lynn city councilor, has also served as a vice president of the state AFL-CIO.

The other  candidates for the state House of Representatives endorsed by Local 888 are:

The union has also endorsed Steve Murphy for re-election as Suffolk County Register of Deeds.