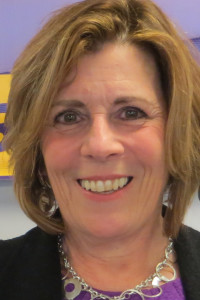 “With public workers’ rights under attack nationwide, it’s crucial that Local 888 members come together to educate themselves about the issues, listen to others’ experiences and mobilize to fight for justice,” said union President Brenda Rodrigues. She urged members to attend Local 888's upcoming convention on Oct. 20.

Attendees will vote on union resolutions and attend breakout sessions geared to their particular industry/division. "The convention is an opportunity for Local 888 members who are doing the same type of work to share tips on dealing with similar issues," said Rodrigues.

“The convention is a great time to get caught up on how the political process affects members and their union, and what we are doing to make a difference,” said Local 888 Secretary-Treasurer Tom McKeever. “Learn more about what your Committee on Political Action did during the primary – and what's planned for the weeks ahead,” said McKeever, who is also the local’s political director.

Both Rodrigues and McKeever will give reports to the convention, followed by a keynote address. There will also be breakout sessions covering key issues including: