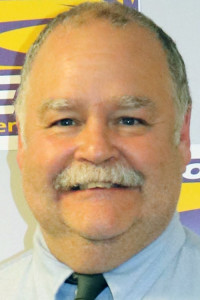 Local 888 members – including Executive Board members Fred Simmons and Darcie Boyer – joined the Haverhill Education Association for its “March For Respect.” The march was to address issues of inequities between the city’s schools, inadequate teachers’ pay and the high turnover rate for teachers.

Simmons, a leader of the custodians union, said he joined the march to “show respect for what teachers do and support their demands for a better contract.” Also, he said, “the goal is to gain the respect of the wider community, so that they understand that we’re just people like them seeking better working conditions.”

Beyond that, Simmons said, “Unions should help other unions. After all, we’re not only looking after ourselves but want to help others out, too.”

According to the teachers union, one out of four Haverhill teachers leave the district at the end of each year due to low wages