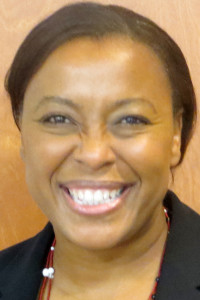 “Unions are under attack, and we need to work together to protect our rights,” Local 888 Secretary-Treasurer Tom McKeever said at the annual convention, spotlighting the union’s Committee on Political Action, which aims to elect pro-labor candidates.

“Your union dues are not used to fund political activities that help support and improve your wages and working conditions,” he said. And it is political activity that has brought Americans the five-day week, the eight-hour day – and even the right to bargain collectively.

Local 888-supported state representative candidate Nika Elugardo also spoke at the convention. In the Democratic primary, she defeated House Ways and Means Chairman Jeffrey Sanchez – who failed to come through on legislation that would have, finally, given the over 700 workers in the Massachusetts public defenders office the right to bargain collectively.

There were two big wins for Local 888 candidates in the Democratic primary. Peter Capano, president of IUE-CWA 201 in Lynn, won a three-way race for state representative in the 11th Essex District. There is no Republican candidate.

* In the 4th Plymouth District, Democrat Patrick Kearney is running for the open seat against Republican Ed O’Connell.

* In the 17th Worcester District, David LeBoeuf is seeking the open seat against Republican Paul Fullen.

Candidates for the state House of Representatives endorsed by Local 888 are: