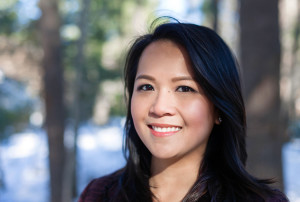 Many pro-labor candidates were swept into office in the fall elections. These victories capped months of campaigning by Local 888 members and leaders that resulted in legislation to raise the minimum wage to $15 and create a Paid Family and Medical Leave program.

More than 2.7 million voted this November, a record for any midterm election in Massachusetts. The heightened interest in politics shows voters’ increasing concern about the direction that both the state and nation are headed in.

“Voters sent a message in favor of protecting union rights, making health care more affordable and getting the economy to work for everyone, not just the few,” said Local 888 Secretary-Treasurer Tom McKeever. “The union’s Committee on Political Action was crucial to electing candidates who will support workers.”

In several House races, Democrats endorsed by Local 888 faced competitive challengers and won: Union dues are not used to fund political campaigns. That’s why donations to COPA are so important — so that Local 888 actually has a voice up at the State House and in the halls of Congress.

In several House races, Democrats endorsed by Local 888 faced competitive challengers and came out ahead:

In the general election, Local 888 supported state representative candidate Nika Elugardo. In the Democratic primary, she defeated House Ways and Means Chairman Jeffrey Sanchez, ‑‑ who failed to come through on a bill that would have given workers in the Massachusetts public defenders office the right to bargain collectively.

In other Massachusetts State Senate races, Local 888 endorsed these candidates who won re-election:

Wining candidates for the state House of Representatives endorsed by Local 888: