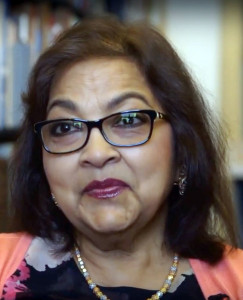 After nearly six months of negotiations with management, Boston University librarians have ratified a new contract that paves the way for a fairer, more just workplace. The new agreement limits merit pay and increases funds for professional development.

"This contract was a momentous achievement," said Ann Seskin, a B.U. librarian who served on the negotiating team. Members ratified the agreement, with 90 percent voting yes.

B.U. had pushed to weaken “just cause” job security protections for discipline or discharge. But after Local 888 members protested at the bargaining table, the university backed down.

The administration tried to cap the professional development fund that members can draw from at $12,000. Through negotiations, it was increased to $19,000 annually -- with any unused funds carried over to the next year.

Up until now, the librarians' yearly salary raises have been completely merit-based. That meant if one member received extra merit pay, it came at the expense of another. After a majority of the members attended a major negotiating session, they finally convinced management to provide a 2 percent guaranteed across-the-board increase, with a separate fund for additional merit increases.

"We thank SEIU Local 888 for giving us the help we needed to negotiate our new contract,” added Seskin. “The union inspired us all with their diligence, professionalism, and passion for their work."

For an article on Nasim Parveen, a B.U. Stone Science librarian who has been honored for the beauty of her gardens, see www.seiu888.org. While the Stone Library now has 14,000 books, when Parveen arrived there in 1989 it had just 250_._