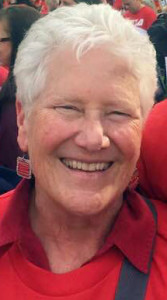 The Local 888 Executive Board has recommended bylaw changes in order to strengthen the union. These will later be voted on by the entire Local 888 membership.

One proposed bylaw change spells out that members shall not take part in sexual harassment or conduct that causes “an intimidating, hostile, humiliating or sexually offensive work environment.”

“We felt it would be good to be proactive and provide leadership on this issue,” said board member Susan Winning, who was on the committee that drew up the bylaws proposals.

Another bylaw change has a “back to the future” look: the creation of a chapter for Local 888 retirees — which will have a seat on the executive board. While retirees would not be eligible to vote on chapter contracts, they could take part in caucuses and Local 888’s Committee on Political Action.

Another addition is futuristic: It allows for the use of electronic voting if the technology ultimately meets the standards of federal labor law.

Other proposed bylaw changes include:

Members who are laid off or on “appropriate leave from work” can maintain their membership status by continuing to pay dues, at a rate to be determined by the Local 888 Executive Board.