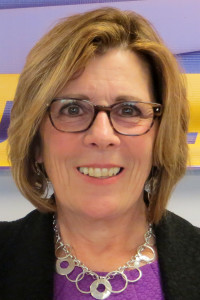 It’s gratifying that the proposed bylaw changes were approved by such an overwhelming majority of our members,” said Local 888 President Brenda Rodrigues. “Executive board members and staff worked long and hard on drafting these changes, which will help us build a stronger union.”

Local 888 members voted 85 percent to 15 percent to approve revisions to the union's bylaws. The mail ballot vote concluded on Dec. 20. The ballot count was overseen by the union's legal department. The goals of the bylaw changes are to increase participation and promote greater democracy in the union and to strengthen members’ rights to a safe and fair work environment. Before the changes were sent to the ballot box, the board approved them unanimously.

The changes were based on the need for clarification of existing language and to create more opportunities for member involvement. The overall goal was to establish more democracy in our union.

One change has a “back to the future” look: the creation of a chapter for Local 888 retirees that will have a seat on the executive board.