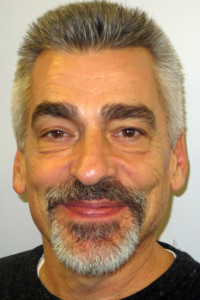 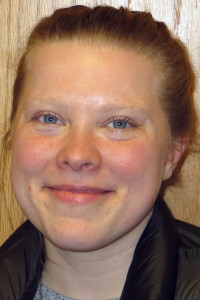 The Local 888 Executive Board has voted to appoint two new members, Shaylin Hogan from Emerson College and John Kallmerten from the State Lottery. Both those chapters are part of the local’s 10 largest bargaining units with expiring contracts in 2020.

“Emerson is a great school that delivers fantastic value to students,” said Hogan, a leader in the union drive there. “But that value was not trickling down to the staff.”

After she met with her fellow staffers who wanted to unionize, she was excited about the cause — and eager to get going. It was a hard-fought struggle.

A key turning point was a 2018 May Day rally at the Emerson administration building. Hogan, graduate studies program coordinator, told the crowd: “We’re only looking for fairness, job security, a livable wage and a decent contract.”

The rally got the college president’s attention, and he came down from his office to speak. Soon after, Emerson dropped its demand for “merit” pay and the Local 888 members won their first contract.

The contract covers about 150 clerical, technical and professional employees at Emerson. Hogan says that other workers with similar jobs deserve the benefits of a union contract, too.

Kallmerten, chapter president at the Lottery, is a 25-year veteran of the state agency. Over the past six years, he has been an active chapter leader.

He said that a “philosophy of life” pushed him to get more involved. “I don’t like it when people just sit back and complain — and don’t step up and take responsibility,” Kallmerten said. “So I stepped up. I wanted to make a difference.”

The chapter recently reached an agreement that means the state agency will fully cover the payroll tax that will fund the new Massachusetts Paid Family and Medical Leave Act. “I’m excited that our members are not going to have to pay any additional money for the new law,” said Kallmerten.

Under the law, companies with more than 25 workers are charged a payroll tax, and its employees may have to pay a portion of that. With the new agreement, Lottery workers won’t have to do that.