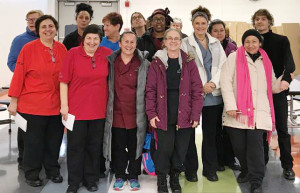 The Malden School Committee and school superintendent John Oteri were responsive to the union’s position that the gap between the predominantly female cafeteria workers and the predominantly male custodial workers was an equal pay issue that needed to be remedied. Working together, Local 888 leaders and staff arrived at a series of wage increases that will bring the lowest paid workers up to a $15/hour rate — several years ahead of the state minimum wage.

Also, utility workers and drivers, will get increases of 2 percent, 2 percent and 3 percent. The contract runs from 2018 to 2021.