On Monday, July 20, SEIU and other union members rallied for essential front-line workers and demanded economic justice to protect Black workers as part of a national day action in 20 cities. We met on the front steps of the State House calling for passage of the HEROES Act by the U.S. Senate to protect those who have been hardest hit by COVID-19. Workers also called for action on racial justice legislation pending at the State House. 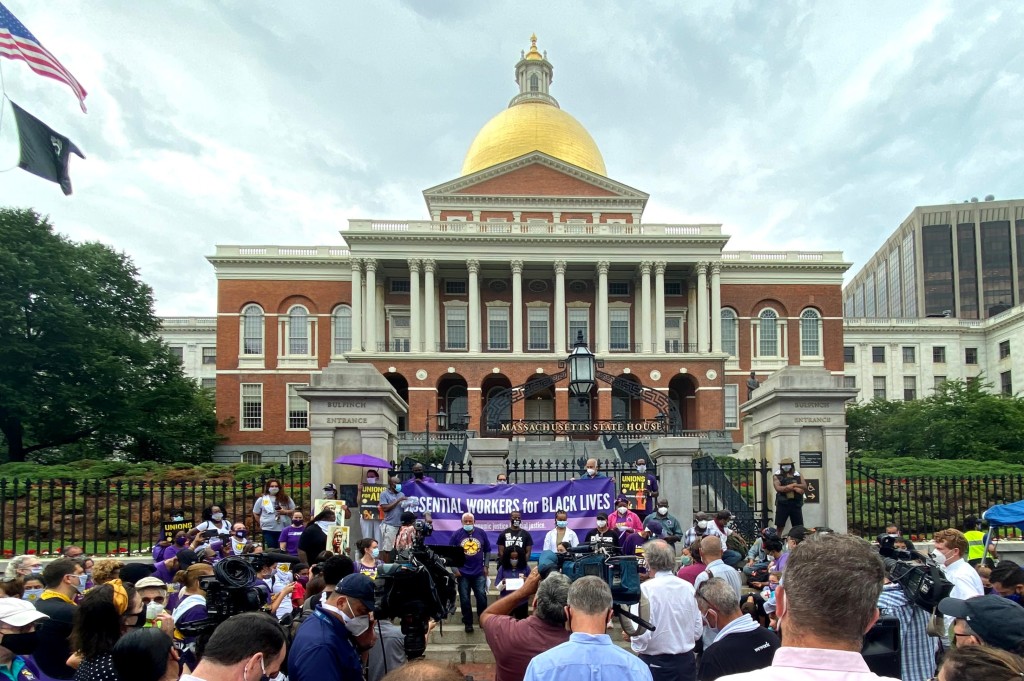