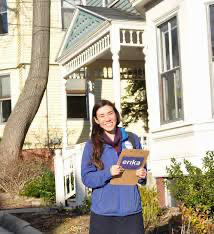 ERIKA UYTERHOEVEN, a political newcomer, was elected as a state representative in the 27th Middlesex District this November.[/caption]

In a remarkably successful election effort, Local 888 and its Committee On Political Action (COPA) helped register 489 members— contributing to a historic turnout in Massachusetts in the middle of a pandemic.

Local 888 Executive Board member Emmanuel Marsh said COPA is key to gaining and maintaining allies up at the Massachusetts State House. Thus the importance, he said, of having more than 400 Local 888 members making voluntary contributions to support COPA.

Looking ahead, this means fighting for fairer pensions for members, including the Boston Police dispatchers, and the rights of public workers to unite with Local 888 and other unions for collective bargaining.

The state Legislature has failed to act on a bill that would extend this basic human right to the workers in the Massachusetts public-defenders office, for example. About 750 attorneys, social service advocates, investigators, secretaries and other professionals work for the Committee for Public Counsel Services (CPCS). They work on behalf of poor people in criminal cases, juvenile cases, child and family cases, and mental health and other civil commitment cases.

The Local 888 COPA endorsed a number of candidates this election cycle — and most of them won. They included Gregory Hanley, an incumbent who faced a crowded primary for two seats on the Plymouth County Commission.

Winning candidates who Local 888 endorsed for the Massachusetts House:

Winning candidates who Local 888 endorsed for the state Senate:

The four candidates who Local 888 endorsed and fell short in their primary races were Dennis Guifoyle who ran for Norfolk County Commissioner; Gretchen Van Ness, who ran for the 14 Suffolk representative seat; Marianela Rivera, who ran in the 17th Essex representative race; and Jesse Mermell, who ran for U.S. House in Massachusetts' 4th Congressional District.

Jim Dever, who ran for the 5th Barnstable representative seat, won in the primary race, but lost in the general election, as did Christine Crean, running for state Senate in the Worcester and Norfolk district.