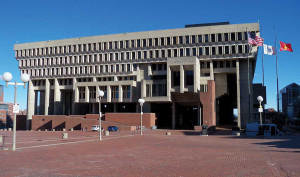 HUB CENTRAL: Local 888 represents 12 bargaining units in Boston that include both workers in Boston City Hall and out in the neighborhoods.

Local 888 members have criticized city of Boston management for not doing enough to protect city workers from exposure to COVID-19. One such critic, a street worker with the Boston Centers for Youth & Families (BCYF), was subsequently fired.

The union has sprung into action —by filing several grievances on behalf of certain workers that Local 888 believes were retaliated against for asserting their rights as leaders and members. In addition, Local 888 sought talks with city officials, which have now included a Jan. 12 Zoom meeting with the head of Boston’s labor relations office.

COVID-19 issues are of high importance for the some 1,800 city workers represented by Local 888, whose contracts have expired during the pandemic.

One key complaint for Local 888 has been that the city did not do enough to inform its employees of COVID-19 cases, for example at SOAR, the youth and families agency’s street worker program. The other main complaint was that not enough was being done to keep workers, who are deemed “essential,” safe.

Community Center in Roxbury had tested positive that month. COVID-19, of course, is a highly contagious virus. Five other city employees in the same building tested positive in December.

Jamaine Gaitor, a street worker for Boston for 15 years, had written a letter to various city officials on the staff’s concerns, the Globe reported. Gaitor was later fired.

The Massachusetts Coalition for Occupational Safety and Health’s “COVID-19 Safety Toolkit For Workers,” is at https://tinyurl.com/MassCOSHCOVID.